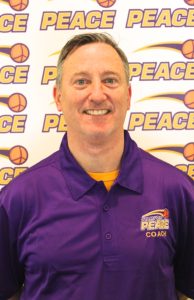 Following a successful 18-year Wall Street career, Brian Kriftcher (Coach “K”) retired from the business world at the age of 40 in order to devote his full-time energies to his passions for coaching, teaching and philanthropic work.
Coach “K” is the Founder, President and Head Coach of Stamford Peace Basketball Club. He recently completed his second year as Head Coach of the girls’ Varsity basketball team at Westhill High School in Stamford, CT. Previously, he was the Head Coach of the boys’ Varsity basketball team at St. Luke’s School, a secular college-preparatory independent school in New Canaan, CT, where he won the coveted Fairchester Athletic Association tournament Championship in 2010 – 2011. Before that he was head coach of the boys’ Freshman basketball team and assistant coach of the boys’ Varsity and Junior Varsity basketball teams at Westhill High School in Stamford, CT.
Coach “K” has been a lifelong student and teacher of the game, and has successfully coached both boys and girls teams representing Stamford in the JCC Maccabi Games in Orange County (CA), Westchester County (NY), and Connecticut, as well as many other teams in many other events. Coach “K” has worked at such distinguished basketball camps, and under such well-known coaches, as the Bob Hurley Basketball Camp, Coach K Academy/Duke Basketball Camp, and Point Guard College. He is also a frequent basketball clinician/instructor and 1-on-1 trainer. As a player, Coach K earned a Silver Medal representing the U.S.A. as a member of its Masters (35+ years old) basketball team in the World Maccabiah Games in Israel in 2009. Previously, he earned a Gold Medal in the Pan American Maccabiah Games in Buenos Aires, Argentina in 2007.
Coach “K” earned his Bachelor of Arts degree in Political Science from the State University of New York at Albany, where he was a member of the men’s intercollegiate basketball team for two seasons. He earned a law degree from St. John’s University Law School, which he attended at night; and remains licensed to practice law in New York State.
Coach “K” is the Global Chairman of the Board of Directors of PeacePlayers International; a not-for-profit organization that uses the game of basketball to bridge divides between young people in conflict areas throughout the world. He also serves on the Board of Directors of the Intercontinental Jewish Community Centers Association. From 2009 – 2012, he was president of the Stamford JCC. Coach “K” has been a Stamford resident since 1996, where he lives with his wife, Jeannie, and three daughters, Hannah, Charlotte and Sophie. 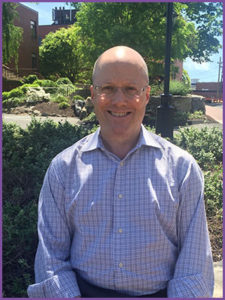 Andrew Sklover is Co-Founder of the Beyond Limits Academic Program (Beyond Limits). Established in 2013 as a program of the Stamford Peace Youth Foundation, Inc., Beyond Limits provides peer-to-peer tutoring, informal mentoring and enrichment opportunities to Stamford Peace student-athletes and Stamford Public School students in the 5th thru 12th grades.

From January, 2013 to June, 2015, Sklover served as part-time Director of Advocacy and Education for Stamford Achieves, a non-profit established in 2004. Under his leadership, a newsletter, website and a social media presence was launched. Advocacy videos were produced and distributed, opinion pieces released, Success Symposiums organized and programming was expanded to include a pilot high school summer bridge program called Beyond Limits Scholars Program (BLSP) designed to support the significant number of students entering high school unprepared for the academic and social challenges awaiting them.

Andy is a former member of the City of Stamford’s Board of Representatives (BOR) serving as Chair of the Education Committee from February, 2011 to December, 2013. He also served as a member of the Fiscal, State & Commerce and Charter Review Committees. While serving as Education Committee Chair, he lead the establishment of the BOR’s Student Advisory Council (SAC), a student voice initiative, seeking to empower upper classmen in the Stamford Public Schools (SPS) by granting representatives an opportunity to express their thoughts and opinions to favorably impact the current and future academic and social/emotional experiences of SPS students. Sklover also served as a member of the SPS School Governance Council, the After Action Review Committee of the High School Call to Action initiative and the District Technology Committee.

Sklover earned a BA in Economics from Northwestern University in 1987 and an MBA from Columbia Business School in 1993. He lives in Stamford with his wife, Lauren, and his two daughters, who both attend Stamford Public Schools.