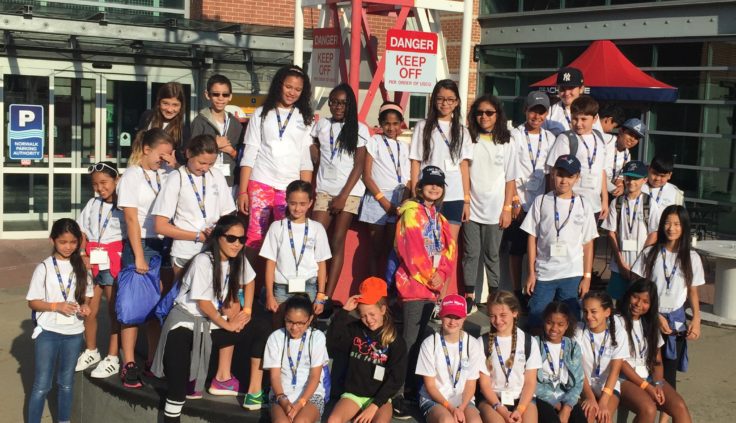 An excerpt from the Stamford Advocate’s article about the Middle School Summer Scholars Program (MSSSP).

So the 11-year-old couldn’t wait to start the Middle School Summer Scholars Program this week.

“I really wanted to learn more about science, so when I heard about this camp, I was really excited,” he said.

Caffer was part of a group of Stamford students entering Rippowam Middle School who embarked on an aquatic-themed journey that culminated Friday with a ride on the Spirit of the Sound, the Maritime Aquarium research vessel in Norwalk.

With the help of a few Maritime Aquarium scientists, the 30 seafaring students cast three nets into the Long Island Sound and examined aquatic life of all shapes and sizes, from microscopic plankton to sea robins and a horseshoe crab.

Caffer and others held a flounder, cleaned snails and touched the slimy belly of an oyster toadfish.

“The flounder was my favorite, because I think it’s really cool that it lays on the bottom and its eyes migrate to one side,” he said, rattling off facts he had just learned on his trip led by two of the Maritime Aquarium’s science educators.

Campers spent most of the week on land, though, collecting water samples from Bartlett Arboretum and Mill River Park and testing the various aspects of water quality, from oxygen levels to pH balance.